Teknopark Istanbul, of which Istanbul Commerce University is the founding partner, opened the 10 thousand square meter venture center that it built for Cube Incubation, which will strengthen the Turkish entrepreneurial ecosystem in the international arena.

The new center is preparing to host groups of more than 250 entrepreneurs with high added value, contributing to the country’s economy and focusing on opening up to the world from Istanbul. Focusing on entrepreneurs in the fields of deep technology, cyber security and health, the center is preparing to offer the infrastructure and support needed by the Turkish entrepreneurial ecosystem with its clean rooms, wet and dry laboratories, assembly workshop and cyber security laboratory.

Cube Incubation, which will continue its work on the “Deeptech.ist” project in its new center, focuses on accelerating the business processes of entrepreneurs by moving Boostcube offices to the new center. Cube Incubation, which prepares special programs for entrepreneurs who can gain market share in Turkey and “globally”, from the idea stage to the level of globalization, in addition to the Ideacube, Campcube, Runcube and BIGGcube programs announced at the beginning of 2021, has also started to implement the Racecube program, which will prepare entrepreneurs to open up to the world in its new center. getting ready. In the Deeptech.ist program, the Cube Incubation team working on the Deep Grow, Deep Bloom, Deep Expand programs that will be included in the program according to the entrepreneurial level, is preparing to put Cybercube and Biocube programs into service in the future to serve entrepreneurs in vertical areas.

The new incubation center building offered by Teknopark Istanbul to entrepreneurs consists of 4 floors. The Cyber ​​Security Laboratory, located in the building where Turkey’s first cyber security incubation center is located, will be located at an important point for entrepreneurs. It is expected that the building, which also includes the assembly workshop for entrepreneurs who make developments with the industry, will soon receive a Lead Gold certificate. In the center, which includes thematic incubation areas such as biotechnology, 12 wet and dry laboratories and 8 clean rooms are expected to be operational in the near future. The biotechnology floor, in which more than 25 million TL has been invested, is expected to play a critical role in Turkey’s leading role in the field of health.

Entrepreneurs can benefit from seminar and meeting rooms free of charge in the building, of which two thousand square meters is allocated to a common area. In addition, supports such as wireless internet, printer, server room, AWS Activate, cloud service are also offered free of charge. The experienced team of Cube Incubation provides support to entrepreneurs with its full experience in many areas such as investor, customer meetings, mentoring, consultancy work, notion and structuring of business processes.

As the R&D base of the Turkish defense industry, Teknopark Istanbul, which always critically handles cyber security and aims to have Turkey take a strong place in the field with its domestic and national products at the point of cyber security technologies, also opened Turkey’s first cyber security incubation center in its new incubation building. offers to entrepreneurs. 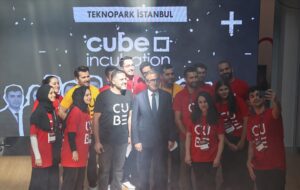 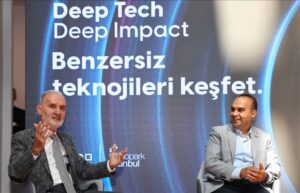 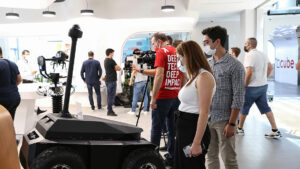 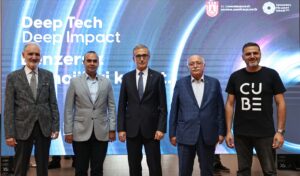 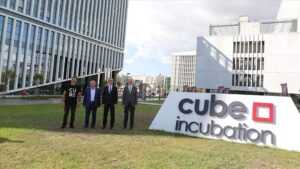 19 September 2021
TUSAS_TAI, one of the stakeholders of the Faculty of Engineering, following the Graduation Projects,