A UNIVERSITY ESTABLISHED FOR AMBITIOUS STUDENTS

Having taken the floor after Rector Prof. Dr. Oğurlu, the President of the Istanbul Chamber of Commerce (ITO) Mr. Şekib Avdagiç stated that 20 years mean a lot, and said that it is the individuals who are 20 years old who would have the fresh power needed to rebuild the world. Expressing that Istanbul Ticaret University represents the seal that ITO has set on the world of education, Mr. Avdagic noted that they have achieved significant success in the last 20 years having graduated nearly 20 thousand students.
Stating that it is a great joy for them to see during their contacts that Istanbul Ticaret University graduates have taken up positions in important places, Mr. Avdagic said that the renovation works of the university building located in Eminönü will be completed in 2022 and the building will be allocated to education again.
Expressing that they, as ITO, do not perceive Istanbul Ticaret University as a commercial enterprise, and rather see it as an institution that will raise an ambitious generation, Mr. Avdagic said, “An ambitious student will likely to become an ambitious entrepreneur, an ambitious manager and an ambitious businessperson.”

“SULTAN FATIH WAS AT THIS AGE WHEN HE CONQUERED ISTANBUL”
Istanbul Governor Mr. Ali Yerlikaya reminded that the first work of Fatih Sultan Mehmet after he conquered Istanbul at the age of 21 was that he laid the foundations of a “madrasah”, which in time has become the Istanbul University of today. Addressing the students, Governor Mr. Yerlikaya stated that they are at the age when Sultan Fatih conquered Istanbul and advised them to become entrepreneurs.
Stating that Istanbul Ticaret University has reached its 20th year by growing and increasing its success every year, Governor Mr. Yerlikaya thanked the institutions and individuals who provided support to the university during this process.

GRADUATION CEREMONY
Immediately after the completion of the 20th Establishment Anniversary Ceremony, the 2019-2020 Graduation Ceremony of the Istanbul Ticaret University, which could not be held due to the pandemic, was also held. Within the scope of the pandemic measures, only the most successful students of the each faculty of the university attended the ceremony, while other students watched the ceremony online.
Istanbul Ticaret University Chairman of the Board of Trustees, Mr. Öztürk Oren and Rector Prof. Dr. Yücel Oğurlu awarded plaques to the students who graduated from the university with honors, and the deans made speeches and awarded the top students in their respective faculties with certificates of achievement.

20th YEAR ESTABLISHMENT ANNIVERSARY PROJECT COMPETITION AND MEMORIAL FOREST
At the ceremony, Istanbul Ticaret University Vice Rector Prof. Dr. Abdul Halim Zaim announced the special project competition with the theme of Istanbul dedicated to the 20th Establishment Anniversary of Istanbul Ticaret University. He said that the competition will be held in two different categories, that is academicians and students, and that various prizes will be awarded to the competitors ranked among the top three. Additionally, during the 20th Establishment Anniversary Ceremony, certificates of achievement were presented to the academicians with the most number of publications in 2020. 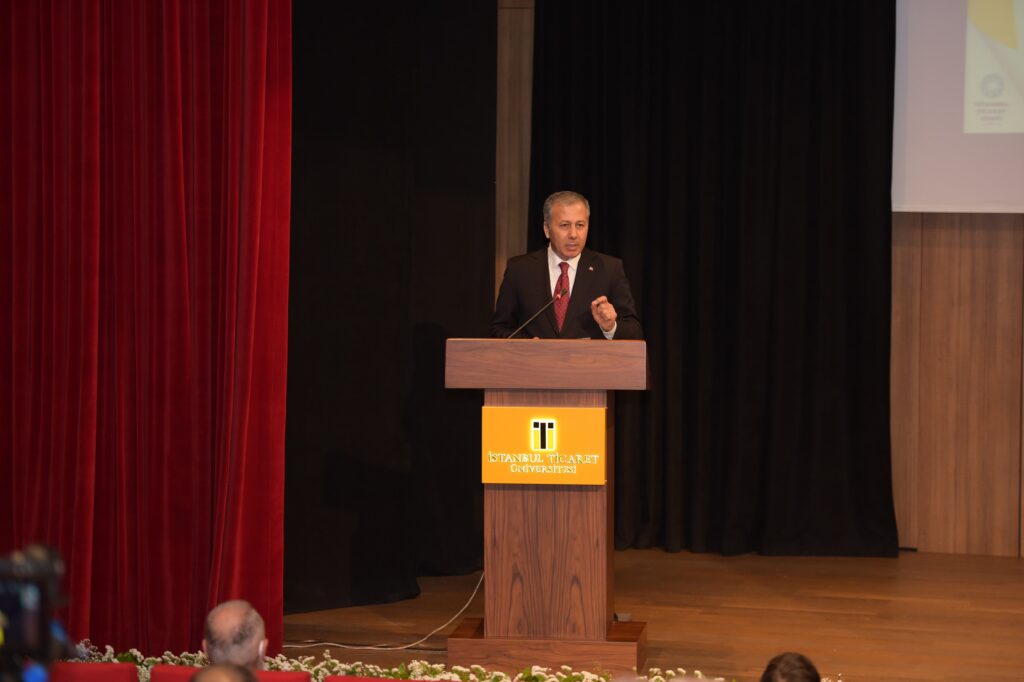 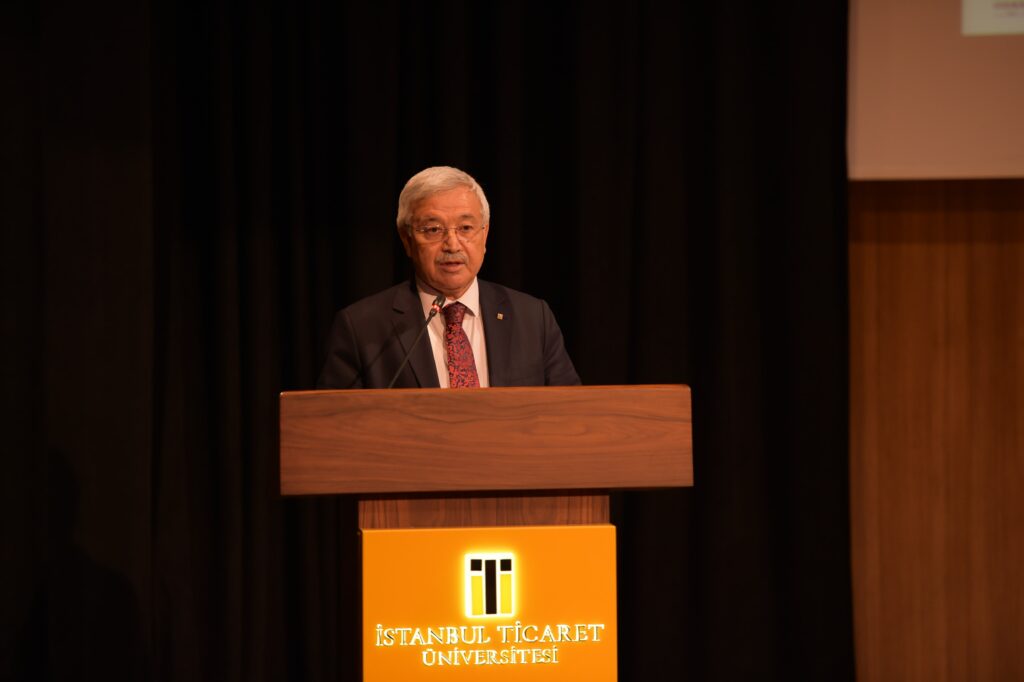 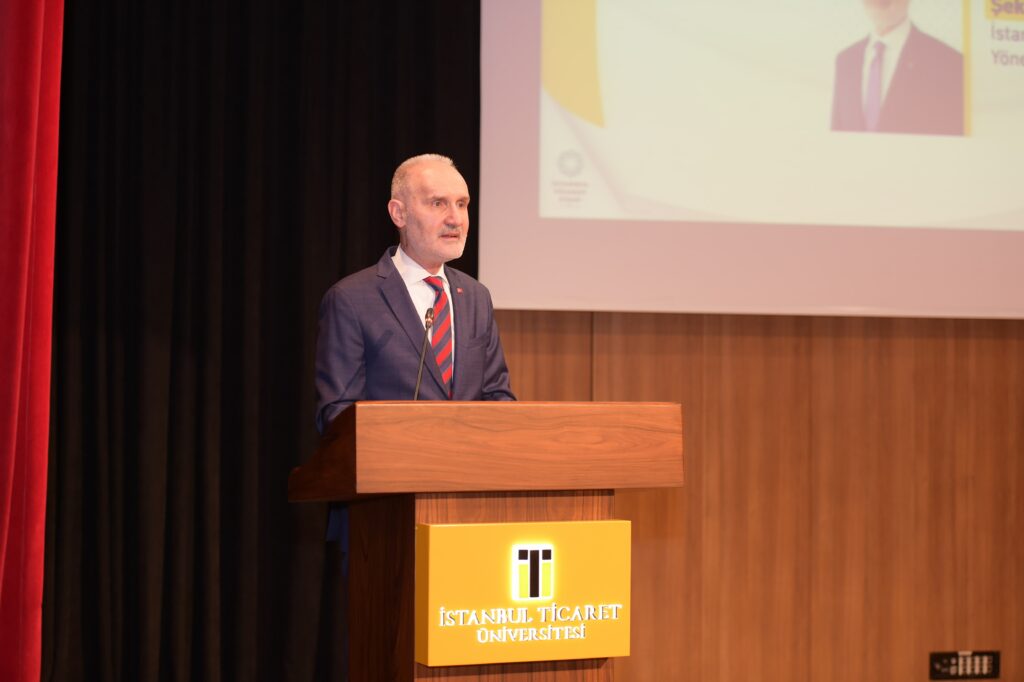 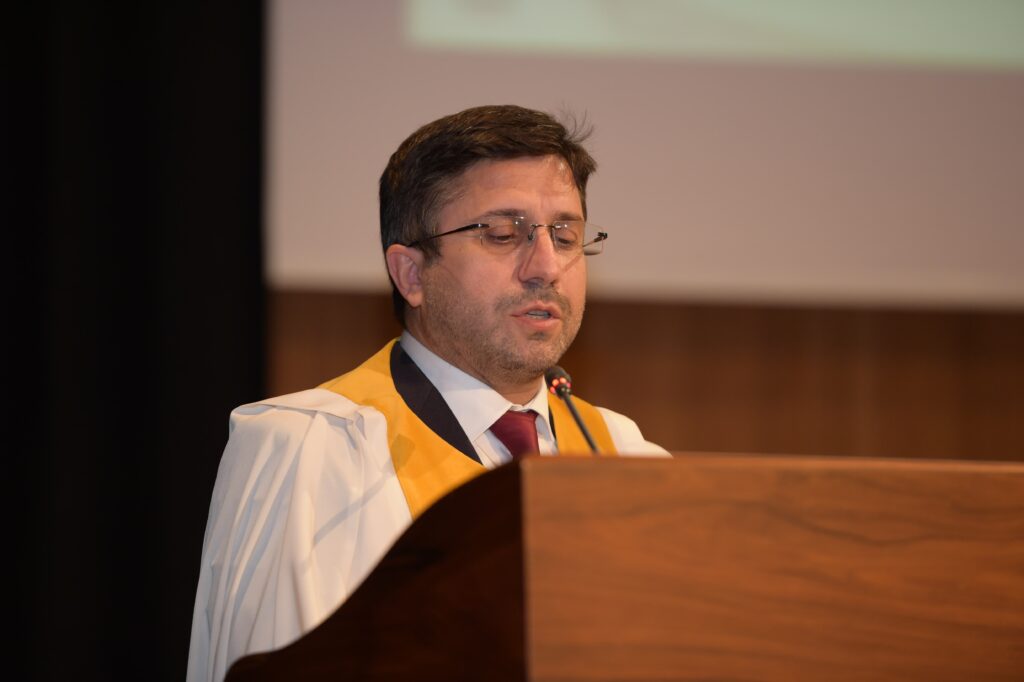 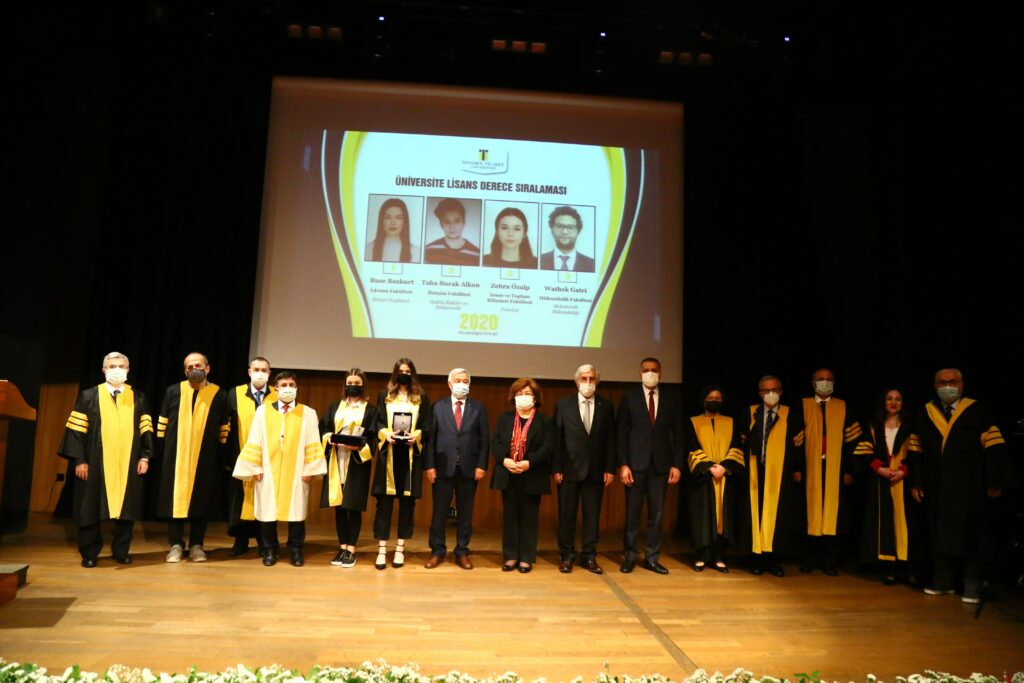 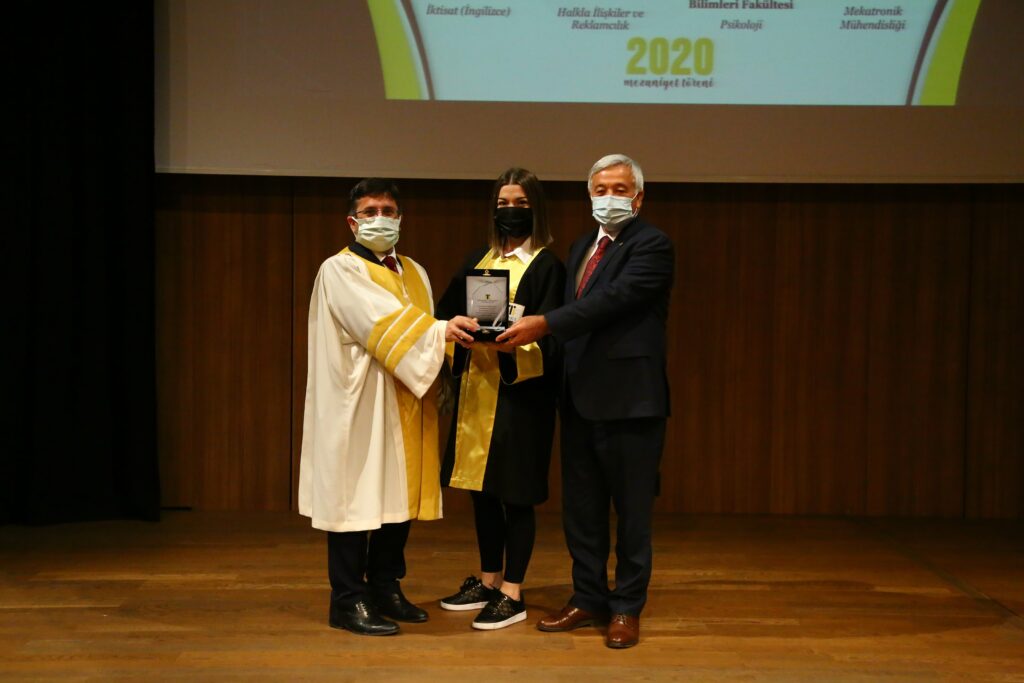 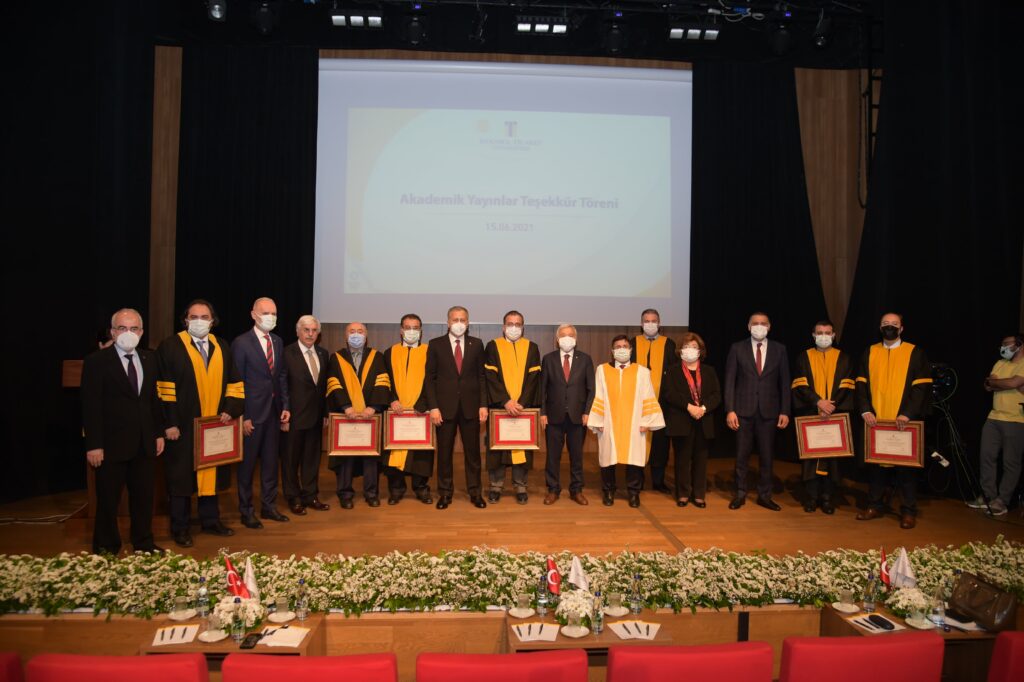 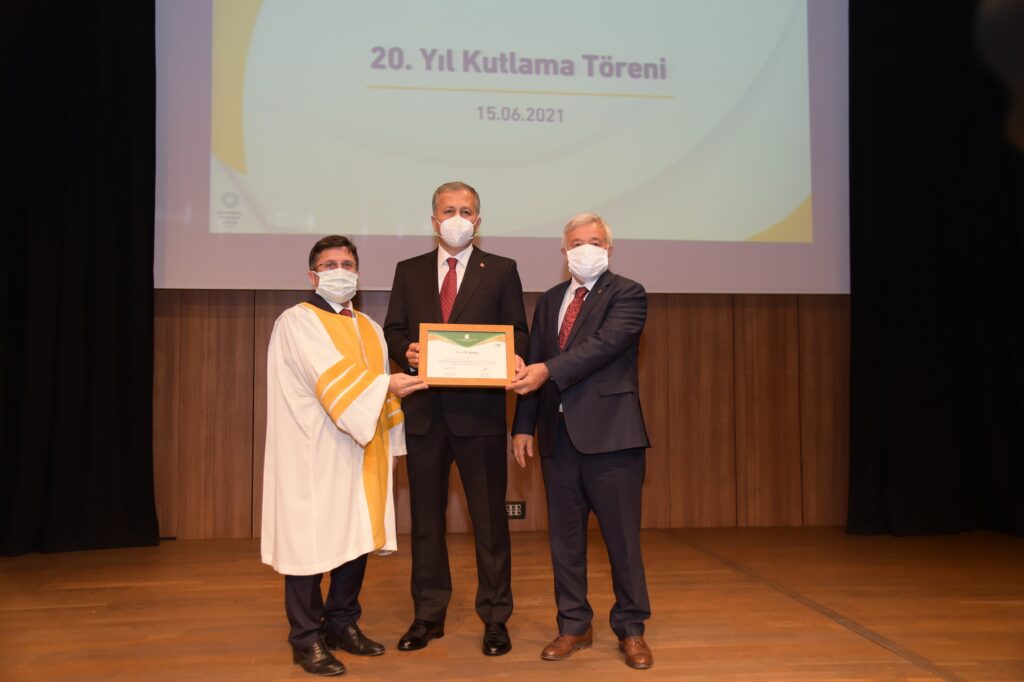